On the 80th anniversary of the arrival of the very first transport of Jews from the Podzamcze ghetto in Lublin to the death camp in Bełżec, which initiated the mass extermination programme implemented by the Third Reich under the codename “Einsatz Reinhardt,” we met in the Collegium Iuridicum of the Catholic University of Lublin to restore the memory of those events in the form of a panel discussion.

The importance of the “Einsatz Reinhardt” was discussed by the most prominent historians that focus on the subject of the Holocaust: Adam Kopciowski PhD from the University of Maria Curie-Skłodowska in Lublin, Dariusz Libionka PhD who works at the State Museum at Majdanek and at the Institute of Philosophy and Sociology of the Polish Academy of Sciences (IFIS PAN), Tomasz Kranz PhD, the director of the State Museum at Majdanek. Stephan Lehnsteadt, Professor of the Holocaust Studies and the Jewish Studies of the Touro College in Berlin, also participated in the discussion online.

The issues addressed during the meeting included the meaning of “Einsatz Reinhardt” as a historical process, the functioning of the term “Einsatz Reinhardt” in the contemporary social awareness and discourse, and the general knowledge about the Holocaust.

Stephan Lehnsteadt, who defined “Einsatz Reinhardt” as the “central point of the Holocaust,” highlighted the need for reflection on the meaning of the operation concerning both the newly discovered facts and information, and new research possibilities.

Adam Kopciowski brought attention to the totality of extermination and destruction – “both in the human sense, but also in material terms – the tracks of the Jewish heritage and the several hundred years of history of the Jewish communities in Poland have been erased.”

Dariusz Libionka addressed the importance of “Einsatz Reinhardt” on an international level: “from the very beginning, the staff of‘“Einsatz Reinhardt’ that operated in this building, was planning to take actions against German, Austrian, Czech, and Slovak Jews. As the deportation of Polish Jews to the death camp in Bełżec began, the Jews from those countries were being sent to the Lublin region, either for temporary residence or directly to the extermination camps. That happened in 1942. A year later, in 1943, French, Dutch, Greek, Yugoslavian, and Russian Jews were sent to the death camps as well.”

To conclude the debate, Tomasz Kranz emphasized that “the understanding of 'Einsatz Reinhardt’ without any broader historical and social knowledge is fairly difficult. […] There were barely any traces of the 'Einsatz Reinhardt’ camps, because they had all been destroyed. For a long time, there have been no museums that could work, educate, and share the knowledge –drawing the public attention and shaping historical awareness.”

The discussion organised on 17th of March in the former headquarters of “Einsatz Reinhardt” initiated a series of scholarly and educational events arranged by the State Museum at Majdanek as part of the celebration of the 80th anniversary of operation “Reinhardt.” 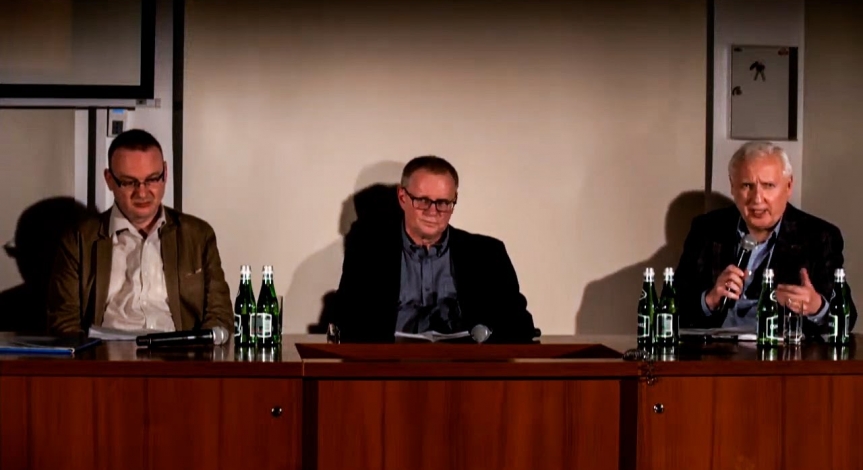